Driverless Cars to Be Studied by US House Hearing 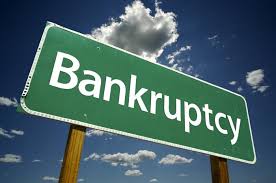 Samson withdrew the $16.8 million in oil and gas well claims against what is now Blue Ridge Mountain Resources Inc. The withdrawal came as both companies south to bring an end to their Chapter 11 reorganization plans.

Magnum Hunter Resources based in Irving, Texas changed its name to Blue ridge Mountain Resources Inc. in mid-January. The name change came as the firm came out of its Chapter 11 which was filed in May 2016.