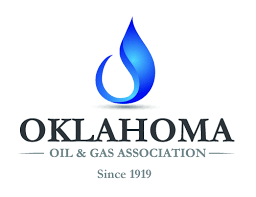 An Oklahoma energy trade association is calling for passage of two legislative measures to allow the oil and natural gas industry to use modern drilling practices to help generate millions in state and local revenue without raising taxes.

The Oklahoma Oil and Gas Association (OKOGA) issued a press release on Wednesday supporting the passage of Senate Bill 284 and House Bill 1613.

Touted by OKOGA President Chad Warmington as “the single best economic development bill” before the Legislature this session at no cost to taxpayers or the state, Senate Bill 284 creates the Oklahoma Energy Jobs Act of 2017. The bill, authored by Senate President Pro Tempore Mike Schulz (R-Altus), would strike the word “shale” in the 2011 Shale Reservoir Development Act to allow for extended horizontal drilling in all rock formations statewide, while maintaining protections small vertical producers have in place at the Oklahoma Corporation Commission.

“SB 284, and its companion HB 1613, is the simplest and most effective economic development bill legislators will consider all session,” said Warmington. “It costs the state zero dollars to implement and does not raise taxes. The legislation strikes the word ‘shale’ from state statute that regulates the use of modern technology when drilling, which in turn will spur hundreds of millions of dollars of capital expenditures and generate millions of dollars of new tax revenue to the state. This solution is a no brainer!”

With the passage of the Shale Reservoir Development Act in 2011, legislators and industry leaders promised the policy would keep Oklahoma’s oil and natural gas industry competitive with other states and generate millions of dollars for Oklahoma schools, roads and infrastructure projects.

“The legislature has failed over the past few sessions to continue to modernize oil and natural gas regulations to reflect recent innovation with long lateral drilling,” added Warmington. “In doing so, they have left additional state revenue and new energy jobs on the table at a time when our state needs them the most. A continuation of the status quo this session, for no sound reason, will shift future job growth and economic opportunity to other states. By moving forward a simple bill to update state law, OKOGA’s member companies are poised to make additional investments that will generate new state revenue, create more jobs, and lead Oklahoma to dominance in the domestic energy market.”