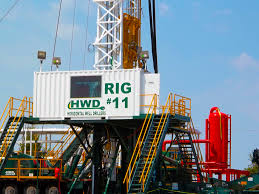 While Oklahoma’s oil and gas sector added 700 jobs in January, according to the Oklahoma Employment Security Commission, (see OK Energy Today) a look into want ads shows there is a demand for more workers.

Economist Lynn Gray at the Commission is optimistic about what the jobs report for February will show. He might have good reason for such enthusiasm.

Take for instance the Sunday want-ads in the Oklahoman. Horizontal Well Drillers LLC based in Purcell, a firm that specializes in drilling oil and gas wells in the U.S. and Mexico is advertising to hire workers. It’s seeking a Tool Pusher who can speak Spanish and can travel to South America. The company is also seeking drillers who again can speak Spanish and can travel abroad. The firm also wants Derrick Hands and Motormen.

The Purcell company also has an opening for an Electrical Field Technician and a Drill Rig Technician.

Another firm, the Paladin Land Group is trying to hire landmen and title examiners. The Tulsa-based company also has offices in Oklahoma City and in Kansas, the Permian Basin and the Appalachians. It has a network of more than 500 field landmen throughout the U.S.

PLG has local offices in downtown Tulsa and Oklahoma City, as well as Kansas, Permian, and Appalachian field offices. In addition to our current staff, PLG maintains an extensive network of over 500 field landmen throughout the U.S. to support any projects outside of our primary operating areas.