Rep. Lucas Gets US House to Pass EPA Transparency Bill 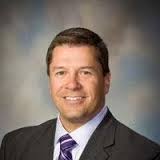 State leaders in Oklahoma aren’t the only ones applauding this week’s action by President Trump and EPA Administrator Scott Pruitt to reverse the Obama Clean Power Plan.

So are energy industry leaders.

He said it’s clear Oklahoma is ready to lead the charge with its abundant oil and natural gas supply.

“While oil and natural gas production has increased over the decades in Oklahoma, the nation’s overall pollutants regulated under the Clean Air Act have declined by 85 percent according to EPA’s data.”