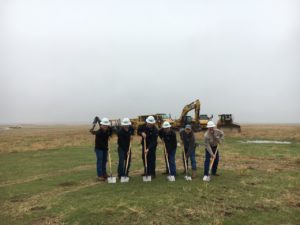 The facility will allow the oil and gas company to treat the wastewater and re-use it in fracking operations, rather than injecting it back into the earth and possibly increasing the risk of earthquakes.

“Over the last few years, everybody’s converged and agreed that there is a correlation and if we can manage it, we absolutely have to,” said Lloyd Hetrick, Newfield Operations Engineering Adviser in an interview with News 9’s Justin Dougherty.

Newfield put a $10 million price tag on the project and said the wastewater recycling operation will be capable of treating more than 1.2 million gallons a day then re-use it for hydraulic fracturing purposes. 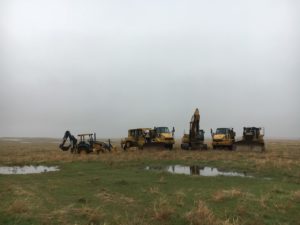 Located northwest of Kingfisher, the operation will sit on a 30-acre site and should be ready to start recycling wastewater in July. It already has the stamp of approval from experts and leaders at the Oklahoma Corporation Commission.

“This is what everybody would like to see,” said Tim Baker with the Corporation Commission told News 9. “It’s a much better option than disposal, They’re re-using the water. It puts less of a demand on fresh water, which is a precious resource, especially in western Oklahoma.”