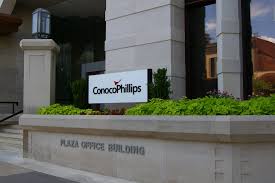 The sale of its heavy crude and gas operations in Canada means ConocoPhillips will lay off 170 jobs at its Bartlesville offices. Most of the layoffs will involve finance positions but corporate officials have yet to offer detailed explanations.

The nearly $13 billion deal was with Cenovus Energy which is paying $10.6 billion in cash and 208 million Cenovus shares valued at $2.7 billion.

He said the deal will make an immediate and significant impact on the company’s value proposition by allowing it to rapidly reduce debt to $20 billion. It will also double the company’s share repurchase authorization to $6 billion.

“This means we will not only accelerate but exceed the three-year plan we laid out in November 2016,” added Lance.