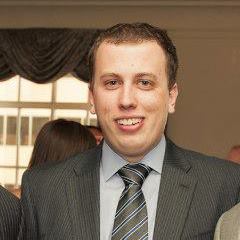 President Trump’s decision this week to sign an executive order to roll back the controversial Obama Clean Power Plan was welcome news at the Oklahoma Energy Office.

“We’re glad to see a pull back from obviously what the Obama administration had proposed,” said Tyler Powell, Deputy Secretary of the Environment. “We’ve always questioned the authority under which the Clean Power Plan was issued under the Clean Air Act. We think it was in excess of the power granted by Congress under the act.”

As for the impact in Oklahoma and on electric generating plants, it’s hard to say at this time, according to Powell who explained Oklahoma and other states will have to await the final rewrite.

“It takes away both our local utilities the ability to make decision what’s best for them and consumers and puts it on a federal level. It was never designed to be that way,” added Powell. “I think the actions by President Trump and Administrator Pruitt—really sends a good sign, not only in Oklahoma but across the country.”

He says it comes down to a states rights issue.

“That’s really how we see it. We think that Oklahomans are best able to determine what Oklahomans’ generation needs are.”