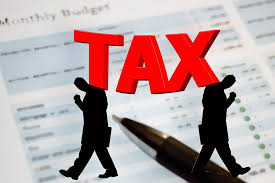 Some energy-related bills are going before a State House Appropriations and Budget committee on Monday.

As pointed out in SB 475, current reports do not “disclose the actual source of the oil.”

But under Sen. Schulz’ bill, the operator will have to not only file a report with the Tax Commission and pay the taxes, but also provide a copy of the report to each operator of the well or wells from where the oil was produced.

The bill already won approval in the Senate on a 38-0 vote.

Three other measures before the House committee pertain to taxation of aircraft registered in the state. SB 433 won approval on a 33-8 vote in the senate and raises the annual taxes on aircraft. The taxes are based on the weight and range from a $10 boost to $30 for single-engine aircraft to a $1,250 increase for planes weighing more than 100,000 pounds.

SB 442 relates to aircraft taxes and exemptions and passed in the Senate on a 42-2 vote.