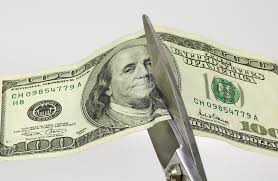 Days after Oklahoma Representatives Frank Lucas and Jim Bridenstine joined others on the House Science, Space and Technology Committee in approving a measure to create an “open and honest” EPA, the committee has suggested stripping much of the governments climate change research.

Republicans on the committee are targeting billions of dollars being spent to understand and prepare for climate change. Word of their move was included in a plan listing the committee’s budget priorities.

The committee oversees agency budgets totaling about $42 billion and has jurisdiction over NASA, the National Oceanic and Atmospheric Administration, the Department of Energy, the National Science Foundation and parts of the Interior Department.

The committee is also critical of the U.S. Global Change Research Program which includes $2 billion in spending on federal climate change research. Republicans also want to shrink the investment in NASA cut trimming some of its Earth science program and shifting to planetary science and deep space exploration.

“Unfortunately, limited public participation, EPA interference with expert advice, and conflicts of interest threaten to undermine the Board’s independence and credibility,” said the western Oklahoma Representative. “It’s also troubling that states like my home state of Oklahoma have no Board members, even though we play a prominent role in the agriculture and energy industries, both of which are heavily regulated by the EPA.”

Lucas said the bills approved by the committee will “restore the SAB as an important defender of scientific integrity.”