Driverless Cars to Be Studied by US House Hearing

Climate Change Battle Due Wednesday as Lucas and Bridenstine Look On 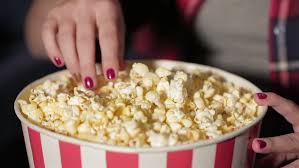 Oklahoma Congressmen Frank Lucas and Jim Bridenstine will have a front-row seat as critics of climate change and supporters of it will likely battle it out during a hearing of the U.S. House Science, Space and Technology Committee.

The hearing is set for Wednesday at 9 a.m. Oklahoma time and will feature a challenge to consensus climate science. Committee chairman, Rep. Lamar Smith of Texas has called the debate politicized and exaggerated. Rep. Lucas is vice-chairman of the committee and Bridenstine is a member.

One of  those set to testify is Pennsylvania State University atmospheric science professor Michael Mann. He’s known for his “hockey stick” analysis of global warming trends.

Another to testify will be Judith Curry, a retired professor at the School of Earth and Atmospheric Sciences at the Georgia Institute of Technology. She recent tweeted, “Get your popcorn ready.” She’s critical of scientists like Mann, calling him and others “climate alarmists.” She’s developed research that she contends casts doubt on climate forecast models.

Still another panelist will be Roger Pielke Jr. from the University of Colorado who is known for questioning any link between climate change and extreme weather costs.

Reports suggests there could be some fireworks during the testimony. Here’s why. When Rep. Smith read the names of the witnesses at a conference of scholars who don’t support human-caused global warming, they cheered Curry and two others but booed Mann.