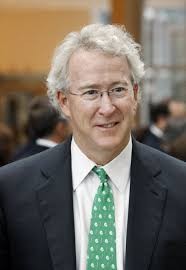 The Oklahoma Independent Petroleum Association will honor the late Aubrey McClendon with its inaugural “OIPA Legend of the Industry” award during the association’s Wildcatters Gala set for March 21 at the Skirvin Hilton in Oklahoma City.

Often recognized as a major player in America’s energy renaissance, the Oklahoma City oil executive reached the pinnacle of success as an innovative pioneer of the shale industry. McClendon amassed his fortune while at the helm of Chesapeake Energy Corporation, a company he co-founded in 1989 with his business partner, Tom Ward, who later became the CEO of SandRidge Energy and Tapstone Energy.

McClendon perfected the use of horizontal drilling to open new oil and natural gas fields across the nation. McClendon was also known for his philanthropic efforts across Oklahoma City. The OIPA’s Legend of the Industry award will recognize oil industry leaders who have impacted the industry and state.

“It’s hard to imagine what our industry or Oklahoma City would be like today without Aubrey McClendon,” said Mike Terry, OIPA President. “He was a groundbreaking pioneer and true champion of Oklahoma’s oil and natural gas industry. His steadfast dedication to this industry, Oklahoma and his hometown of Oklahoma City helped usher in a new era, and his accomplishments will long go unmatched.”

In addition to the posthumous salute to the late McClendon, the Wildcatters Gala will also include the induction of Mark Monroe and recognize U.S. Sen. James Lankford as a “Friend of the Wildcatter.”

A reception is set for 5:30 p.m. with dinner and awards to begin at 6:30 p.m. For registration information, please visit the OIPA website at www.oipa.com.