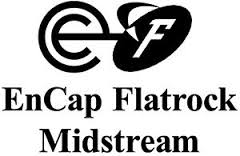 With major investments from EnCap Flatrock Midstream, a company with offices in Oklahoma City and Houston, a Texas firm is expanding its operations in the Delaware Basin of New Mexico.

The new plant has the capacity to process 200 million cubic feet a day of rich gas and will serve producers developing the prolific Wolfcamp, Bone Springs and Avalon formations of the northern Delaware Basin.

The purchases were made with the assistance of investments from EnCap Flatrock Mistream which is based in San Antonio, Texas but with offices in Oklahoma City. The company was formed in 2008 by a partnership between EnCap Investments L.P. and Flatrock Energy Advisors.