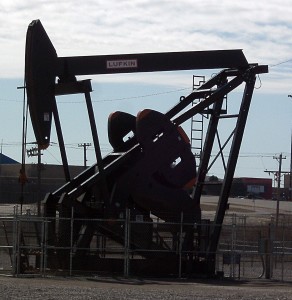 Oil futures fell slightly on Tuesday, but saw monthly gains for February as traders anxiously awaited data that may confirm a rise in domestic crude inventories for an eighth week in a row, according to Bloomberg MarketWatch.

On the New York Mercantile Exchange, April West Texas Intermediate crude fell by 4 cents, or less than 0.1%, to settle at $54.01 a barrel. Based on the front-month contracts, prices saw a monthly gain of roughly 2.3%, according to data from Dow Jones.

“Around the globe, the OPEC agreement has been pulling oil off the global market,” said Mark Watkins, a Utah-based regional investment manager with The Private Client Group of U.S. Bank and “the potential to extend the productions cuts beyond June, has spurred on confidence of a support level for the price of oil.”

The Energy Information Administration will release its weekly update on petroleum supplies early Wednesday while the American Petroleum Institute will issue its own figures late Tuesday.

Analysts surveyed by S&P Global Platts forecast an increase of 2.1 million barrels in crude stockpiles. An increase in the EIA report would mark an eight straight week of rising crude supplies.

Meanwhile, April natural gas finished at $2.774 per million British thermal units, up 8.1 cents, or 3%, on the New York Mercantile Exchange. Prices saw a monthly loss of about 11%.