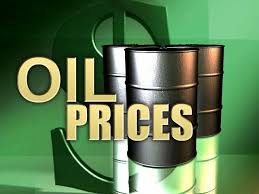 Posting its highest close since July of 2015, the WTI and Brent crude posted gains on Thursday as they were buoyed by a smaller-than-expected rise in inventories, according to Bloomberg MarketWatch.

On the New York Mercantile Exchange, West Texas Intermediate futures climbed 86 cents, or 1.6%, to settle at $54.45 a barrel.

“Even as prices rise, the oil industry is still trying to recover from what was one of the biggest oil crashes in history,” said Phil Flynn, senior market analyst at Price Futures Group. “Almost a trillion dollars in capital spending cuts will take its toll and the shale producers will not be able to replace that oil.”

Analysts warn that rising domestic output will offset OPEC’s effort to dry out the market and potentially push oil prices back to the low $50s or high $40s range.