HollyFrontier Wraps up $1.1 billion Purchase to Expand its Lubricants Production

The Transco system will serve the Cheniere Energy Partners, L.P Sabine Pass Liquefaction terminal. It is the first large-scale LNG export facility in operation in the U.S. The Gulf Trace project, according to an announcement by Williams Partners will allow Transco’s production area mainline and southwest Louisana lateral systems to flow gas bi-directionally to Cameron Parish. Gulf Trace is also part of $1.6 billion in transmission growth projects that Williams Parnters plans to bring into service on its Transco pipeline system this year.

The company said natural gas demand to serve LNG export operations along the Transco pipeline is expected to grow by nearly 11,000 MDth/d by 2015. Williams is awaiting approval of two applications for its Gulf Connector Expansion Project to serve two liquefied natural gas export terminals in Texas, one along the northern coast of Corpus Christi Bay in 2019 and another on the coast of Freeport Bay in late 2018. 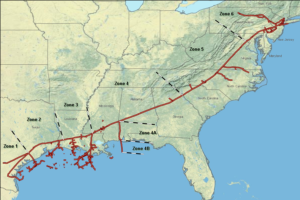 Transco consists of more than 10,000 miles of pipeline whose mainline extends about 1,800 miles between South Texas and New York City.