Senators Say Moving Ahead with Keystone XL is Long Overdue 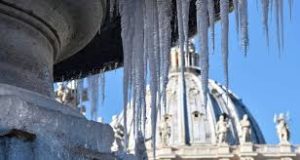 It’s not a secret President Donald Trump had the Environmental Protection Agency in his sights as he took office. And on Tuesday, he proved it by announcing and implementing a media blackout at the EPA.

His order also bars staff from awarding any new contracts or grants. President Trump’s move bans the EPA from making any press releases, blog updates or anything to the agency’s social media accounts.

The Trump administration also ordered what it called a temporary suspension of all new business activities at the department, including issuing task orders or work assignments to EPA contractors according to the Washington Post.

“Only said out critical messages, as messages can be shared broadly and end up in the press,” stated one directive.