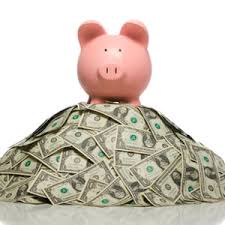 The Sierra Club is ratcheting up its fund-raising efforts using the Donald Trump administration.

“This is what we’re up against. The minute Trump took office, he scrubbed every mention of Climate Change from whitehouse.gov,” wrote Michael Brune, Executive Director in his latest effort to raise money for the national  organization. “His new energy “plan” will make your blood boil.”

Brune quoted Trump’s policy saying Trump is committed to eliminating harmful and unnecessary policies such as the Climate Action Plan.

The White House policy stated the country must take advantage of the estimated $50 trillion in untapped shale, oil, and natural gas reserves, especially those on federal lands….the Trump administration is also committed to clean coal technology.

“Are you kidding me?” wrote Brune. “We are mobilizing and launching an emergency grassroots campaign to stop Trump from derailing everything we’ve worked for.”