For and Against Scott Pruitt to Run the EPA 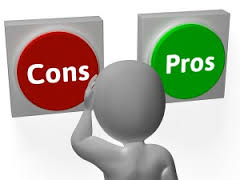 Compare the statements of two organizations that announced their decisions on Scott Pruitt to be the new administrator of the EPA.

One for Pruitt came from Energy and Environment Action Team where President Craig Richardson called Pruitt a “great choice to be the next EPA administrator.”

The one against Pruitt came from Public Justice, a Washington,D.C. based organization that said its decision was the first ever taken on a Presidential nominee.

“Our decision was based in large part on Pruitt’s inaction in Oklahoma as the state was being rocked by earthquakes unleashed by the oil and gas industry,” announced the organization. “Pruitt was the state official best positioned to step in and help curb what was happening but instead chose to do nothing. Because of his inaction, Public Justice stepped in and filed suit instead.”

Richardson with E and E said Pruitt “will bring balance back to  an agency that has gotten far afield from its core mission of ensuring our nation has clean air and clean water.”

He said Pruitt’s record speaks to a “reasoned approach” to environmental issues.

“He has demonstrated that he will go after corporations when they cross the line,” added Richardson. “Members of both parties have applauded his handling of environmental issues in Oklahoma.”