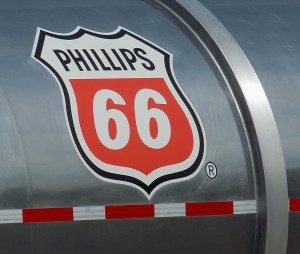 Houston-based Phillips 66 Company provided the Stephens County Commissioners with an update on Monday morning regarding the status of its environmental remediation project covering 446 acres at the former Duncan Refinery site, according to a report by the Lawton Constitution.

Located nearly four miles south of Duncan on Refinery Road and old U.S. Highway 81, the refinery had numerous owners from the 1920s until 1983 when TOSCO Corporation ceased operations and subsequently sold the refinery to Alpha Oil Company. When Alpha ceased to exist, the Oklahoma Department of Environmental Quality contacted Phillips 66 since it acquired TOSCO in 2001. Stephens County later purchased the property in 2003.

According to the Lawton Constitution, one area of concern involves Claridy Creek, which runs along the east side of the property, as well as two or three portions of the land that was used as landfills and impoundments. Dig and haul activities will be implemented in certain areas due to the size of the property.