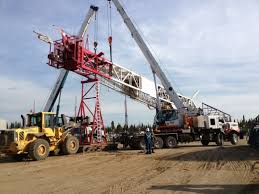 The oil and gas rig count soared by 7 in Oklahoma in the past week while it jumped 35 nationally, according to the weekly count released by Baker Hughes Company based in Houston, Texas.

Oklahoma’s count climbed to 91, four more than reported one year ago at this time. The U.S. count leaped to 694, an increase of 57 compared to a year ago when the national rig count was 637.

The national count included an additional 29 oil rigs over the past week, reaching a total of 551. The number of gas rigs grew by 6 to reach 142.

The rig counts in the various oil plays include 9 in the Granite Wash and 2 in the Mississippian, both plays in Oklahoma.  The big Permian Basin play in Texas and New Mexico saw an increase of 13 rigs to reach 281. The Eagle Ford in south Texas added 2 rigs to reach 49. The Ardmore and Arkoma Woodfords in Oklahoma together have a total of 5 rigs,  same as a week ago.

The latest count shows Texas adding 17 more rigs to reach 342, far more than the 294 reported last year at this time. While Baker Hughes reported no rig activity in Kansas,  the Red Top Report by the Independent Oil and Gas Association in Wichita reported 25 active rigs, a drop of one over the past week.

Arkansas remained at one rig and Colorado’s count of 28 stayed the same as a week ago. Louisiana was constant at 51 while New Mexico added one to reach 38. North Dakota’s count grew by 3 to hit 35.