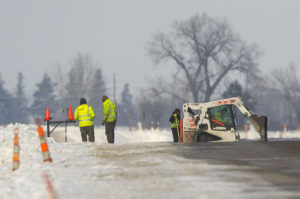 Magellan Midstream Partners of Tulsa is reporting the break of one of its pipelines in northern Iowa is far less than originally feared.

The company says the amount of spilled diesel fuel was closer to 47,000 gallons rather than the 139,000 initially reported last week, according to the Mason City Globe Gazette.

The rupture occurred near the small town of Hanlontown. The 12-inch pipeline was returned to service over the weekend. The new and lower figure of spilled diesel fuel was reached when the company calculated how much diesel had to be pumped back into the pipeline to get it returned to service.

The 127-mile long 12-inch-wide pipeline runs from Clear Lake, Iowa to Rosemount, Minnesota. The smaller figure is only about a third of the company’s estimate made last week.