Chesapeake Close to Settling DFW Airport Board Lawsuit for $8.2 Million

Erin Brockovich Returns to Oklahoma for Meetings in Pawnee, Cushing and Stillwater 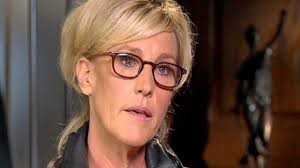 The communities of Pawnee, Cushing and Stillwater will host earthquake forums on January 12-13 featuring environmental activist Erin Brockovich.
Her life was the subject of a Hollywood motion picture in 2000 featuring Oscar winner, Julia Roberts.

Brockovich continues to advocate on matters involving environmental issues. She appeared at an earthquake town hall meeting at UCO in Edmond last February to speak out about the connection between wastewater disposal wells and earthquakes.

“Oklahomans continue to be put at risk by human-induced earthquakes, with hundreds of tremors – including the biggest in state history – rattling the area since my first town hall here last year,” said Brockovich.

Her first appearance in Oklahoma this year will be held at a Pawnee forum scheduled for Thursday, January 12, 2017 at 12:00 p.m. The event will take place at the Pawnee Nation’s Roam Chief Building located at 810 Morris Road in Pawnee, Oklahoma.

Later in the day, Brockovich will hold the next town hall meeting in Cushing on Thursday, January 12, 2017 at 5:30 p.m. The event will take place at the Cushing High School Auditorium located at 1700 East Walnut Street.

On Friday, January 13, 2017, Brockovich will hold a forum in Stillwater at the Oklahoma State University Theater located at 203 Student Union on South Hester Street. The Stillwater event begins at 12:00 p.m.

In September, a record 5.8 magnitude earthquake was recorded near Pawnee, causing damage to several structures.

On November 7, a 5.0 magnitude earthquake was recorded in Cushing, the site of the nation’s crude oil hub. The earthquake damaged 40 to 50 homes and injured one person.

In November of 2015, the environmental activist posted a social media message following a 4.7 magnitude earthquake in Oklahoma.
Brockovich will be joined by attorneys from Weitz & Luxenberg to discuss pending litigation against energy companies. The law firm recently filed lawsuits in Pawnee and Cushing following an uptick in seismic activity.

The events are free and open to the public.