J-D Strong Says it Again….Scott Pruitt is the man for the EPA Job 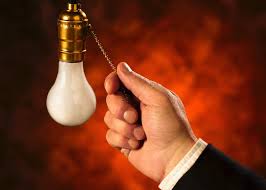 A $92.5 million rate hike requested by OGE from the Oklahoma Corporation Commission is being fought by the AARP.

The organization, under the leadership of State Director Sean Voskuhl has launched a media campaign and even bought time on radio to fight the request.

“We feel like it’s unjustified, that amount, and also adding several funding schemes that are really harmful to residential customers,” explained Voskuhl in an interview with OK Energy Today.

His group is fighting OGE’s proposed doubling of the residential demand charge, going from $13 to $27 a month.

“That’s really charging that amount of money before you can turn on a light bulb,” complained Voskuhl.

The request also includes what he called “funding schemes that are really harmful to residential customers.”

One is a proposed demand charge of residential customers. The charge is based on peak usage and Voskuhl says it means when the customers use the most energy, they are also paying at the highest rate.

“No other investor-owned utility has adopted that for ratepayers and we don’t want Oklahoma to be the first,” he added.

In support of the AARP’s opposition is a poll it had conducted by SoonerPoll.com

It found that 85% of those polled in December are concerned about the cost of electricity rising. Another 79% oppose the rate increase. Still another 87% are against doubling the customer charge from $13 to $27 a month. And 80% are against adding a residential demand charge.