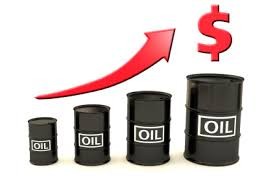 Crude oil prices soared higher on Tuesday, buoyed by an expected drop in crude oil inventories and a tightening commodity market, according to Bloomberg MarketWatch.

On London’s ICE Futures Exchange, February Brent crude, the global benchmark, added 43 cents, or 0.8%, to close at $55.35 a barrel. The contract has been up seven of the last nine trading sessions.

Trading volume has been light due to December holidays.

“Now that the market has found some footing it is pushing higher in the anticipation of seeing a tighter oil market next year,” said Fawad Razaqzada, technical analyst at Forex.com. “Whether that anticipation will be met, the market will have to wait and see.”

A weekly domestic supply update is due from the American Petroleum Institute on Tuesday followed by the U.S. Energy Information Administration report which will be released on Wednesday.

“However, we note that the anticipated decline would not necessarily impress given the comparisons to both a larger 5.9 million barrels drop in the same week of 2015 and a 4.2 million barrel five-year average draw,” said Evans.

Meanwhile, natural gas futures for January delivery shed 12.9 cents, or 3.8%, to end trading at $3.2630 per million British thermal units on the New York Mercantile Exchange, marking the largest daily drop in a week and its lowest level since November 28.