WTI, Brent Crude Surge Over $50 a Barrel on Thursday 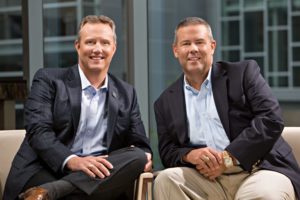 The company expects to receive about $513.7 million in net proceeds from the IPO, based on its $20 per share midpoint, according to the Houston Business Journal. Some of the proceeds will fund the remaining portion of a $400 million deal with Clayton Williams Energy Inc. WildHorse is purchasing nearly 158,000 net acres in Burleson County, Texas, next to its existing Eagle Ford acreage from Clayton.

The company’s shares have been approved for trading on the New York Stock Exchange under the symbol “WRD.”

WildHorse develops properties for oil and natural gas production across the Eagle Ford Shale region of Texas and the Cotton Valley region of northern Louisiana.

The company was founded by Jay Graham and Anthony Bahr in April 2007 after securing funding from Billy “Pete” Huddleston, their former petroleum engineering professor at Texas A&M University.

The company name is derived from a creek that runs through Graham’s family’s ranch in Oklahoma.