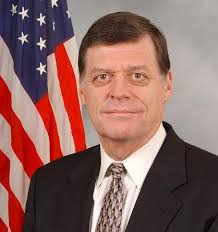 The Water Bill passed Thursday by the U.S. House included the Oklahoma Water Rights Settlement between Oklahoma City, the state of Oklahoma, the Chickasaw Nation and the Choctaw Nation.

It was a deal reached earlier in the year and announced by Gov. Mary Fallin.

The measure, formally known as the Water Infrastructure Improvements for the Nation (WIIN) Act passed on a vote of 360-61. All five members of the Oklahoma Congressional delegation in the House voted for the measure which was also known as S. 612.

“This bill is a comprehensive piece of legislation that will improve the well-being for millions of Americans through valuable water projects,” said Rep. Tom Cole. “It will address the on-going water issues in Flint, Michigan, provide federal funds for numerous water infrastructure projects and consummate many water settlements for Native American tribes across the United States.”

The Oklahoma water fight had been litigated for more than five years and now with the passage of S. 612, the settlement is final. The Chickasaw and Choctaw Nations had gone to court against the city of Oklahoma City for withdrawing water from Sardis Lake in southeast Oklahoma and from the Kiamichi watershed in south-central and southeast Oklahoma.

“This has been an on-going conflict that not only affects the parties involved, but everyone in these areas as well,” said Cole. “This is important to many people. But we must realize that Tribal Sovereignty, the right to govern and the defining of those rights must be honored for the Chickasaws and the Choctaws.”

Under the agreement, the settlement provides a limit on the amount of water that Oklahoma City can export from Sardis Lake every year. It also creates a $10 million fund to support recreational use, fish and wildlife habitat and environmental protections at Sardis and Atoka Lakes.

Cole credited Sen. Jim Inhofe’s leadership in getting the measure approved and Inhofe said the passage gets “us back on track to authorizing critical water infrastructure projects across the country every two years, ensuring our economic vitality and competitiveness.”

It’s now headed to the Senate.