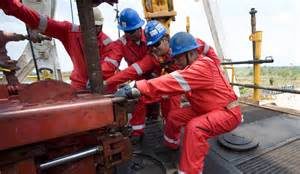 Figures from the State employment experts show unemployment rose in 68 of Oklahoma’s 77 counties in October compared to a year ago and some of the blame fell on the energy industry.

Unemployment rates were unchanged in four counties and lower in five others, according to an announcement from the Oklahoma Employment Security Commission.

Stephens County, hard hit by layoffs at Halliburton in Duncan had the highest county jobless rate at 9.6 percent. Oklahoma City won’t feel the impact of a decision by Tulsa-based Williams Cos. to close its Oklahoma City offices and transfer most of the 400 workers to Tulsa until the end of July 2017.

A breakdown of the Mining, Logging and Construction sector where oil and gas figures are included showed the September to October 2016 employment remained the same at 1,600. But it is also 100 fewer than October 2015. The loss of 100 jobs figures to be a drop of 5.9 percent.

As we like to point out, the number of government jobs in the state grew during the same time period. The number of federal workers increased 1.1 percent from October to October while the number of state jobs grew by 400 jobs, or 3.9 percent.