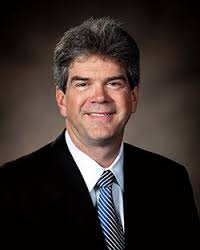 Tom Ward is stepping down as CEO of Oklahoma City-based Tapstone Energy effective January 1, according to a company press release and report by The Oklahoman.

Steven C. Dixon will replace Ward as Tapstone’s CEO. Dixon most recently served as Executive Vice President of Operations and Geosciences and Chief Operating Officer of Chesapeake Energy. He also held several executive positions at Chesapeake dating back to his initial employment by the company in 1991. Dixon has over 36 years of industry experience. He holds a Bachelor of Science degree in Geology from the University of Kansas in 1980.

Dixon recently resigned as a member of the Rice Energy board of directors in order to pursue the Tapstone leadership opportunity.

“Tapstone has acquired and developed an impressive acreage position in a prolific area of the Anadarko Basin referred to as the NW STACK. I am pleased to bring my years of experience to this exciting play,” said Dixon. “In addition to solid asset positioning and financial strength, I am grateful to Tom for assimilating a management team and employee base with such significant levels of experience. The company is poised for a great future.”

Ward, who founded Tapstone and SandRidge Energy and co-founded Chesapeake Energy with the late Aubrey McClendon, will keep a large ownership stake in Tapstone while focusing his efforts on a new venture in Oklahoma City, according to a company press release.

“I am thankful for Steve and his commitment to lead Tapstone into its next chapter,” said Ward. “The company is well positioned to experience incredible growth under his leadership. I am also grateful to GSO Capital for their partnership and board leadership provided in launching Tapstone.”

Tapstone’s office is located in Bricktown, where it houses nearly 150 employees.