Gulfport Energy SCOOPS Up Large Acreage for $1.85 Billion in Cash and Stock 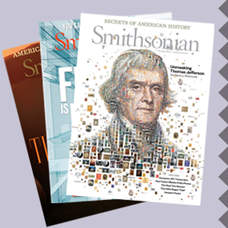 Environmentalists aren’t just critical of oil and gas and coal operations in Oklahoma and across the country, but now one group has targeted Smithsonian magazine.

It’s considered one of the nicest slick-magazine productions in the country. But Green America contends Smithsonian’s 19 million magazines produced a year should be printed on recycled paper, a move it says would spare more than 60,000 trees.

Green America claims such a move would lower Smithsonian’s annual wood use by the equivalent of more than 19,000 trees, cut greenhouse gas emissions by 2 million pounds of carbon dioxide a year and lower its annual water consumption by nearly 14 Olympic-sized swimming pools.