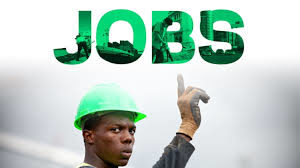 Oklahoma’s latest jobless figures show the state’s economy is still struggling with the impact of what happened starting two years ago to the oil and gas industry.

Rates went up in 59 of Oklahoma’s 77 counties in November according to the Employment Security Commission and the November rate was 5.1 percent.

“We saw unemployment rates higher than they were a year ago and that goes for our metro areas as well,” said economy Lynn Gray in an interview with OK Energy Today. “In Oklahoma City a year ago, the rate was 3.5 and this year is 4.1, November to November.”

But all is not depressing news as Gray says there is some positive news about the employment in Oklahoma City.
“For the third straight month in that sector of Mining and Logging, which is oil and gas, it hasn’t had a change in employment, so it’s not dropping,” explained Gray. “We actually haven’t had a net decline in oil and gas since June for the Oklahoma City metro area, so that’s certainly a positive development for the state and for Oklahoma City.”

While Gray said there is a “plateau there, a bottom in the employment,” the state is seeing a delayed reaction on the employment side for other industries. For instance, the Leisure industry, which includes restaurants has seen an increase in jobless rates. In other words, he says the recent increase in restaurants shutting down after years of operation might be attributable to the delayed impact of the downturn in oil and gas.