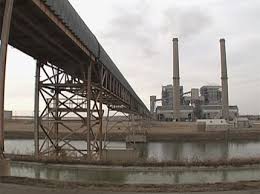 The Oklahoma Sierra Club’s taken its fight with the Oklahoma Corporation Commission and a decision allowing OGE to install coal scrubbers at the utility’s Sooner generating plant to the State Supreme Court.

In a recent filing, the Club challenged the decision made last April to let the utility move ahead with the $500 million project.

“Customers are exasperated and ready to push back on OGE’s many attempts to get ratepayers to bail out an idle, dirty coal plant building in the 1970s,” said Johnson Bridgwater, director of the Oklahoma Chapter of the Sierra Club.

What angered the club was the Commission’s decision to reverse one it made earlier against the power-scrubbers project.

“Then, presented with the same essential facts mere months later, the commission reversed course, and—in the order under review—pronounced thee company’s decision to install scrubbers reasonable,” stated the Club’s motion with the Supreme Court. “The commission did not revisit or revise its prior decision.”

The Club argued the commission did not have the authority to make the decision it did. OGE disagreed.

“Contrary to the Sierra Club brief, we believe the commission does have the authority to rule as they did, and they did the right thing,” argued Randy Swanson, a spokesman for OGE. “This order was strictly on our plan for scrubbers to preserve fuel diversity. We look forward to preparing and submitting our response to this in court.”