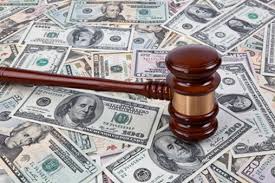 Oklahoma City-based SandRidge Energy has been hit with a $1.4 million fine by the Securities and Exchange Commission for retaliating against a whistleblower and forcing hundreds of laid-off workers to sign confidentiality agreements.

The SEC announced the action this week, explaining that SandRidge violated SEC laws beginning in the summer of 2011 when it forced laid-off employees to sign restriction confidential forms that would prevent them from cooperating with any governmental agency in connection with a complaint or investigation of the company.

An estimated 546 former employees were forced to sign the agreements from August 2011 through April 2015 as StandRidge downsized and struggled through the oil and gas downturn.

What stood out to the SEC was one company employee who had been offered a promotion but would have to sign off on company actions that he expressed concerns about involving the company’s process in calculating oil and gas reserves. When the whistleblower did not accept the promotion and said the matter had become an “ethical issue,” SandRidge fired him.

When the whistleblower was asked to sign the confidential separation form,he told SandRidge it was in violation of federal law. The SEC started its investigation in 2015 and found the company was in violation of SEC laws. The SEC ordered it to cease and desist and the order applies to the newly-reorganized company after it emerged from bankruptcy.