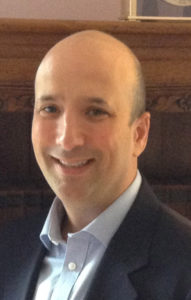 Donald Trump’s appointment of Oklahoma Attorney General Scott Pruitt has the endorsement of some of the researchers at the Pacific Research Institute, as witnessed this past weekend in the Oklahoman.

The paper carried an opinion piece from Wayne Winegarden, a senior fellow in business and economics at PRI. In it, Windegarden said Pruitt’s appointment could possibly mean relief from the EPA’s Clean Power Plan, a plan he contends will trap more Oklahoma families in energy poverty.

“If implemented, it will just raise the energy burden for poor and working-class families who can ill afford to face higher bills,” wrote Winegarden.

He went on to state that relief could be on the way with Trump’s naming of Pruitt to be the new administrator in charge of the EPA.

“Pruitt’s appointment could avert huge cost increases for Oklahomans if he reverses plans to implement the CPP.”