Energy Growth Predicted for Oklahoma in the Coming Year 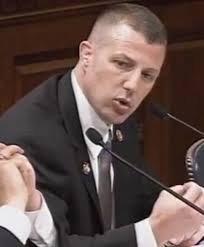 U.S. Rep. Markwayne Mullin and others named to President-elect Donald Trump’s list of advisors on Native American issues have stirred up a storm by proposing to privatize Indian lands in order to ease strict regulations on oil and gas drilling.

Mullin and the others, including former Cherokee nation chief Ross Swimmer described the rules as part of a suffocating federal bureaucracy that holds title to 56-million acres of tribal lands, according to a report by Reuters.

But Mullin, named chair of the coalition now says news coverage has distorted his goals under the incoming administration.

“Actually, I never used the word ‘privatize’,” said Rep. Mullin in an interview with OK Energy Today.  “She did.”

He called it an obvious biased story meant to harm Donald Trump and his incoming administration. Rep. Mullin also said he’s made the same call for years, hoping to get the federal government out of the bureaucratic business of interfering with tribal decisions. He thinks by allowing the tribes to decide if they want to allow oil and gas drilling on their lands, it might go a long way in eliminating Indian poverty.

“In light of recent news coverage that has completely distorted my hopes for Indian Country under President-elect Donald Trump, I feel the need to clarify my comments, and alleviate any concern that Indian Country should fear the federal government privatizing their land,” said the congressman in a statement issued this week. “The land entrusted to tribes belongs to the Native American people, and it ought to be up to them alone to decide how to best use and distribute the resources on their own land.”

But the Congressman also said improvements can be made to allow the tribes to be independent in determining their own use of resources and land.

” It is time to end the overreaching paternalism that has held American Indians back from being the drivers of their own destiny,” he added. Rep. Mullin said it’s time to remove the barriers from the decision-making process and stop forcing tribes to ask permission from federal entities like the Bureau of Indian Affairs and the Bureau of Land Management.

“Self-determination in their own affairs is the only way for tribes to pull themselves from poverty and grow as a people. These acts of sovereignty are important because tribes know best what their people need and Natives have always been good stewards of our natural resources and land.”

Swimmer explained it might be possible to turn over reservation lands to tribe members without opening them for sale to outsiders.

“It has to be done with an eye toward protecting sovereignty,” said Swimmer.

Some tribal leaders support the idea and here’s why. A long list of federal permits are required to lease, mortgage, mine or drill.

“The time it takes to go from lease to production is three times longer on trust lands than on private land,” explained Mark Fox, chairman of the Three Affiliated Tribes in Fort Berthold, North Dakota. “If privatizing has some kind of a meaning that rights are given to private entities over tribal land then that is worrying. But if it has to do with undoing federal burdens that can occur, there might be some justification.”