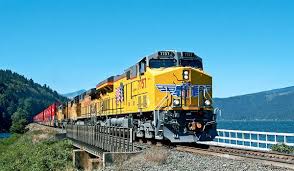 The year has proven to be one with the most civil penalties ever leveled in the 50-year history of the Federal Railroad Administration, breaking even last year’s record-breaking rate.

The agency says it expects to collect 79 percent of the $15.75 million in  civil penalties it issued to railroads, hazardous materials shippers and others for violating federal safety regulations. That’s a 4-percent increase over FY2015 and also the largest percentage rate ever closed by the agency. The nearly $16 million in fines and penalties is also more than $500,000 more than the previous year.

Last year, more than 6,268 railroad company violations resulted in civil penalties. More than 293,000 defects were discovered among all railroads and other hazmat shippers and they resulted in 11,879 recommended violation defects.

Just railroads only—280,000 defects were found.

Amtrak, which runs the Heartland Express between Oklahoma City and Fort Worth had a total of 40 reports with a re commended violation and 66 recommended violation defects. How many were in Oklahoma was not provided in the federal report. But Amtrak ended up facing $237,499 in civil penalties in FY2016.