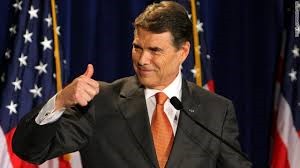 Following a sidelines discussion with President-elect Donald Trump at the Army-Navy football game in Baltimore on Saturday, former Texas Governor Rick Perry was expected for a formal meeting in New York on Monday to discuss the possibility of heading up the U.S. Energy Department, according to numerous media sources.

The meeting was quickly confirmed on Sunday after Perry was notified that Trump wanted a face-to-face meeting to discuss the cabinet position.

During Perry’s unsuccessful bid for the 2012 Republican presidential nomination, the fossil fuel friendly politician pledged to scrap the department that oversees the nation’s domestic energy policy.

Perry, who served as the governor of Texas from 2000 until 2015, also has close ties with Dallas-based Energy Transfer Partners LP and CEO Kelcy Warren.

Perry is a member of the Board of Directors for Energy Transfer Partners, a position that will draw harsh criticism at his confirmation hearing should he be selected by Trump to lead the U.S. Energy Department.