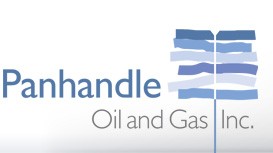 Blanchard has also been appointed to the Board of Directors to fill the vacancy created by Coffman’s retirement effective January 1.

Robb P. Winfield was also elected as Vice President, Chief Financial Officer and Controller effective January 1. Winfield has served as Controller and Chief Accounting Officer for Panhandle since 2009. Prior to joining Panhandle, Winfield was employed by Oklahoma City-based Chesapeake Energy Corporation from 2004 until 2008 as Revenue Coordinator and Supervisor. He also worked as an auditor at Ernst and Young LLP from 1999 to 2004. Winfield is a graduate of the University of Oklahoma with a Bachelor of Business Administration in Accounting.

Freda R. Webb has been elected Vice President of Operations effective January 1. Webb previously worked as a Reservoir Engineering Consultant for Panhandle from 2011 until she was appointed as Reservoir Engineering Manager in 2015 for the company. Prior to her employment at Panhandle, Webb held various reservoir engineering, acquisitions, corporate planning and management positions for Cities Services, Occidental Petroleum and Southwestern Energy. Webb has more than 35 years of experience. She is a graduate of the University of Oklahoma with a Bachelor of Science degree in Mechanical Engineering and holds a Masters of Science in Petroleum Engineering from the University of Southern California.