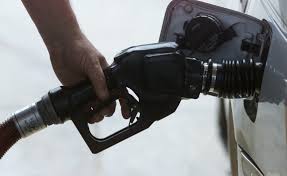 As we head into the Christmas weekend, drivers are finding Oklahoma gasoline prices are still the lowest in the country. The state’s $2.02 average is tied with Arkansas for having the cheapest gasoline, according to this week’s release from AAA Oklahoma.

“Our Oklahoma average today of $2.02 per gallon for self-serve regular is 17 cents more than it was on Nov. 22,” said Chuck Mai, spokesman for AAA Oklahoma. “But we’re still tied with Arkansas for the lowest state average in the nation.”

The cheapest gasoline in the state is found in Bartlesville and McAlester, cities with averages of $1.95 a gallon. Oklahoma City’s average is $1.99 while the average in Tulsa is $2.00. The highest prices continue to be in Stillwater where the average is $2.08 a gallon while Altus is at $2.05.

AAA Oklahoma explained that ever since OPEC agreed to cut production, the U.S. interest in production has grown. Drillers added another dozen rigs over the past week.