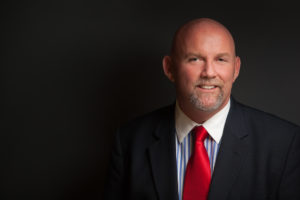 In the position, Wigley will direct the association’s legislative outreach efforts at the state and federal level on behalf of Oklahoma’s independent oil and natural gas industry. Following the 2017 retirement of current OIPA President Mike Terry, Wigley will assume the duties as the head of the state’s largest oil and natural gas advocacy association.

“I never thought that I would return to my native state of Oklahoma, but this new opportunity allows me to get back into day-to-day legislative activities as well as continued work at the federal level,” said Wigley, an Oklahoma City native. “This is an exciting opportunity and I look forward to promoting Oklahoma’s defining industry across the state and in our nation’s capitol.”

Wigley joins the OIPA after a five-year term as president of the Western Energy Alliance, an oil and natural gas trade association focused on federal legislative, regulatory, environmental, public lands and other policy issues. Prior to joining the Western Energy Alliance he managed the Washington, D.C. operations for PAC/WEST. He has extensive experience in educating policymakers on energy, forest management, mining and manufacturing issues. From 1998-2002, Wigley served as the president of the Oregon Forest Industries Council, an organization dedicated to protecting and promoting the interests of industrial forestland owners.

“Tim is an extremely well-respected member of the nation’s oil and natural gas community and we are delighted to add someone of his high caliber to our staff,” Terry said. “He brings a wealth of industry acumen and political savvy that will be invaluable to OIPA’s efforts to represent our members at the state capitol and in Washington, D.C.”