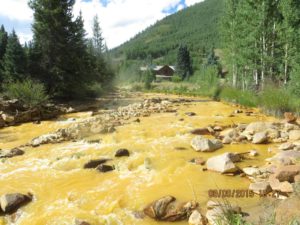 The 2015 Gold King Mine disaster in southern Colorado has led to the Navajo Nation filing a claim seeking more than $160 million from the federal government to pay for damages.

The spill into the San Juan River dumped three million gallons of toxic sludge into waterways and led to environmental concerns in neighboring states.

The Navajo Nation made the request in a letter to the Environmental Protection Agency and asked for $3.2 million to cover costs already incurred as a result of the spill plus another $159 million to pay for ongoing environmental monitoring and an alternative water supply, according to the Wall Street Journal.