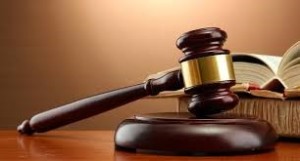 Following their July 2016 convictions in what has been described as “the largest tax and securities fraud scheme in Indiana history,” three men learned their fate in federal court last week and were sentenced to prison for their roles in a multi-million dollar biofuels scam.

The U.S. Securities and Exchange Commission launched a probe in 2012 after E-Biofuels LLC of Middletown, an Imperial Petroleum subsidiary, filed for Chapter 7 bankruptcy.

Prosecutors alleged E-Biofuels illegally gained profits by claiming to produce biofuel, charging a premium for the product and claiming federal tax breaks reserved for biofuel producers. The SEC investigation uncovered the truth — the company was not producing but rather purchasing the biodiesel from New Jersey-based CIMA Green and Caravan Trading Co. and its owners and co-conspirators, Joseph Furando and Katirina Tracy. E-Biofuels represented that it was producing the biofuel when it was instead faking paperwork and reselling the biodiesel at a profit.

E-Biofuels also claimed federal tax credits for the fuel despite the fact that the same fuel had already been utilized to receive tax credits in New Jersey.

According to a U.S. Attorney’s Office statement, the conspirators added more than $1.60 per gallon on the biodiesel price.

Wilson was convicted of securities fraud, filing false reports and falsely certifying reports to the SEC, lying to the company’s external auditor and lying to federal investigators.

The fraud involved more than $140 million in revenue and $56 million in criminal profits, according to prosecutors.