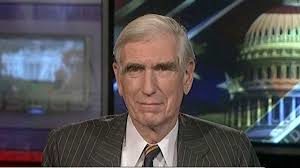 Writing in the Washington Examiner, Gray said it’s time for Donald Trump’s EPA pick to rein in the EPA.

“Instead of sensibly enforcing laws and regulations already on the books, EPA rulemaking has consciously and conspicuously overreached into nooks and crannies of American commerce it was never meant to go.”

Gray said there has been no problem too small or too local for the EPA to ignore and no statutory term that it will not twist into a justification for action.

“As administrator, Pruitt should require EPA employees to investigate whether the negligible benefits the agency has recently pursued are worth the cost,” added Gray. “Pruitt has an opportunity to substitute economic reality for the creative math EPA uses to justify its new rules.”

And he said Pruitt has an opportunity to do away with the Obama administration’s much criticized Clean Power Plan.

“The country needs an EPA administrator like Pruitt who will appropriately restrain an agency that for too long has shackled American industry,” concluded Gray.