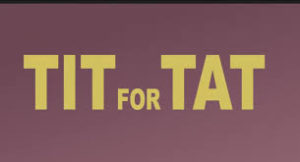 In fighting a lawsuit filed by Oklahoma Attorney General Scott Pruitt and attorneys general from other states, the EPA this week took time to poke Pruitt’s nomination to be the new EPA director and also blast the other states for requesting a delay in their suit.

The states asked the federal courts in Washington, D.C. to change a deadline from Jan. 19 to Feb. 24. But in a court filing, the EPA stated, “Petitioners’ invocation of the bare inconvenience of filing reply briefs in light of highly speculative assumptions about the possibility of the next presidential administration adopting some new litigation position by February 24 is not ‘extraordinarily compelling’.”

The EPA noted that the states in their lawsuit agreed in August to the schedule.”If they had misgivings about the propriety of filing a brief shortly before a new administration took office, which regardless of party, might choose to review and revise the Agency’s rulemakings, such concerns could have and should have been raised at that time.”

As Politico’s Morning Energy Report observed, “The agency also made sure to note  (in a footnote) that Trump’s EPA pick, Oklahoma Attorney General Scott Pruitt, is party to the lawsuit, although Oklahoma did not sign on to the delay request.”