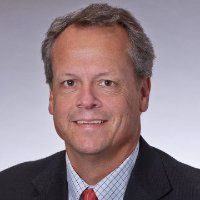 When it comes to the change of leadership at the White House and how it might affect the nation’s oil and gas industry, the head of the Consumer Energy Alliance says there definitely is “optimism” in the industry.

It’s what Tommy Foltz, Executive Director of the CEA said in a recent interview with OK Energy Today.

“Clearly, the President-elect is very energy friendly as is congress. Where there’s been opposition by the current president, we don’t see that going forward. We see a much more energy-friendly Washington in years to come.”

And it doesn’t end there. He expects the same enthusiasm from Oklahoma Attorney General Scott Pruitt who is Donald Trump’s nominee to run the U.S. Environmental Protection Agency.

“Even when you look at the nominee for Secretary of Energy, former Texas Governor Rick Perry and Secretary of State, Rex Tillerson who ran Exxon, those are some pretty energy-friendly people in the right places,” added Foltz. “There’s definitely optimism in the industry.”

Listen to part 1 of Jerry Bohnen’s interview with Tommy Foltz.