Cole Predicts Obama’s “Overreach” will be Undone by Trump 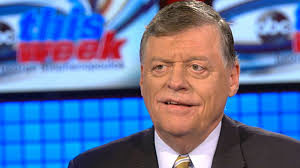 For nearly 8 years, President Obama and his Environmental Protection Agency have been the target of lawsuit after lawsuit as Oklahoma and other states accused the EPA over “overreach” with excessive rules and regulations.

Now Oklahoma Congressman Tom Cole is predicting many of those environmental rules and regulations will likely be wiped out within months of Donald Trump taking office. In his weekly column entitled, “Looking Back to Look Forward,” the Republican Representative from the 4th U.S. House District in Oklahoma said, “Eight years of President Obama’s government by executive order have taken their toll on the American economy.”

He said the economy has been smothered by excessive regulations and needless rules.

“Ironically, many of these rules and regulations were put into place through President Obama’s reliance on executive orders intended to subvert the will of Congress. President Trump will be able to undo these overreaching measures using his own executive order authority. I expect that we will see much of Obama’s legacy undone within months of President Trump being sworn in.”