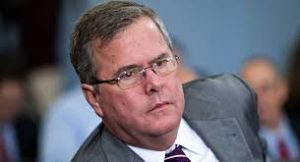 To read what former Presidential hopeful Jeb Bush says of Scott Pruitt picked to head the EPA in a Donald Trump administration gives a reader no doubt about what he thinks Pruitt.

“I cannot think of a person more suited to lead the Environmental Protection Agency than  Oklahoma Attorney General Scott Pruitt,” said Bush writing in a CNN column  this week. “Someone who understands how to rein in an out-of-control bureaucracy and ensure that Washington focuses solely on its core functions.”

“Pruitt and I share a common vision for empowering the states and limiting the intrusion of the federal government in every area of our lives. He understands that a government closest to the people is best able to serve their interests,” wrote Bush.
“Our country has been held back over the past eight years because the appropriate balance between federal and state powers has become totally “skewed. Individual liberty and our constitutional order have been threatened. People’s aspirations have been capped by a federal government that overextended its reach, and in no place has this been more apparent than at the EPA. The EPA has become a one-agency job killer, putting working people out of a job and increasing costs for everyone.”
He also accused the far left of distorting Pruitt’s views in an attempt to make him into “an anti-science boogeyman.”
“There have been several strong appointments by President-Elect Donald Trump and Scott Pruitt is among the very best because I know he will pursue meaningful reforms that will improve people’s lives,” said Bush. “I hope all senators can put partisanship aside and resoundingly confirm this proven leader.”