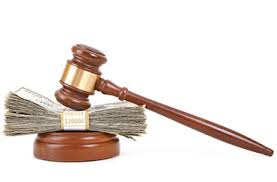 The fight over a 1989 bribed Corporation Commission vote took another step late Friday as ATT filed a motion with the State Supreme Court to suppress some 4,000 pages of documents that detail the bribe by a late Southwestern Bell Telephone company attorney of a sitting Corporation Commissioner and of corporation commission staff.

ATT filed the motion in the battle with the group Oklahomans Against Bribery which went back to the Supreme Court in an effort to force ATT to pay $16 billion in refunds to consumers. The giant utility took aim at a November filing by Corporation Commission Chairman Bob Anthony who on Nov. 16 filed a “Chairman’s Certificate of Record.”

“Commissioner Anthony is not—entitled to use his authority as Chairman to alter the Commission’s record, or to file addition extraneous information not appropriate for consideration by this Court on appeal,” argued ATT in the filing. “His improper ‘certification’ therefore should be stricken.”

He said there was evidence of the Staff being given gifts of “Christmas hams, turkeys, OU football tickets, tailgate parties, personalized day planners, cash loans, retirement presents, spousal travel expenses to conferences $500 for a church mission trip and a new suit of clothing, among others.”

As for the ALJ in question, Anthony cited in his filing that the ALJ “received gifts of turkey instead of ham due to his religious background.” He claimed the FBI recorded SWBT attorney of record Bill Anderson discussing the extent of his close personal relationship with the director of the Commission’s Public Utility Division at the time.

“There are, in fact, well-documented allegations of commissioners or their office staff members being offered and/or given ‘walking around money,’ bribes, ghost employee or ‘no-show job’ for a spouse, $15,000 toward a new car, and favorable loan arrangements at a bank.”

Another of Anthony’s filings opposed by ATT reflected the opinions of two retired Judges, John Amick and William Myers, Jr. In his filing titled “Justices and WWII Heroes,” Anthony noted both were veterans of World War Two.

He pointed directly to  Judge Amick’s statement made June 13, 2011 about the conviction of Corporation Commissioner Bob Hopkins.

“The Corporation Commission should declare the bribed vote to be void,” wrote the Judge.

As the State Supreme Court had previously ruled, the bribed vote was actually upheld. It is the bribed vote that a small handful of consumers have fought for years. In September, on a 2-1 vote, the Corporation Commission voted to dismiss the group’s application for a public hearing on refunding the $16 billion from ATT.

The latest ATT filing prompted the consumers’ group to state: “Interestingly, although in its motion, ATT declares Chairman Anthony’s Certificate of Record ‘improper’, nowhere does the company refute or deny the existence of the evidence of widespread bribery, fraud and cover-ups Anthony and the bribery refund applicants cite.”

The statement by Oklahomans Against Bribery included a reaction from retired Judge Amick.

“I reiterate my statement from  2011. Bribery and public corruption undermine not only our judicial system but public confidence in government itself,” said the Judge. “Justices, like democracy, doesn’t survive on its own. You have to work for it. Sometimes you have to fight for it. I applaud the efforts of these citizens to stand up for justice on behalf of all Oklahomans.”