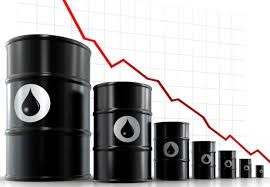 Crude oil futures settled lower on Tuesday as some data revealed further increases in crude production last month from OPEC despite an agreement to cut back output starting in January, according to Bloomberg MarketWatch.

On the New York Mercantile Exchange, January West Texas Intermediate crude fell by 86 cents, or 1.7%, to settle at $50.93 a barrel.

“We are seeing a combination of doubt that OPEC will follow through with the degree of cuts and profit taking ahead of [U.S.] inventory data drive this move off of the highs,” said Bill Baruch, chief market strategist at iTRADER.

The Energy Information Administration will release its weekly data on U.S. petroleum supplies on Wednesday morning after the American Petroleum Institute releases its figures late Tuesday.

Meanwhile, January natural gas settled with a loss of 1.9 cents, or 0.5%, to end trading at $3.635 per million British thermal units on the New York Mercantile Exchange.

“Oil did what we expected to do, which is trade up, back within its [range] of $50 and $60,” said Nico Pantelis, head of research at Secular Investor. “Currently, the energy commodity is consolidating the previous $10 rise, and also losing some steam as traders are starting to question the recent OPEC deal.”

OPEC and other members, including Russia, will meet in Vienna on December 10 in an attempt to slash output by 600,000 barrels a day for non-members.

The EIA also increased its price forecasts for Brent and West Texas Intermediate crude oil for 2016 and 2017.