Water Act to Include State Regulation of Coal Ash

Gasoline Prices Remain Under $2 a gallon in Oklahoma 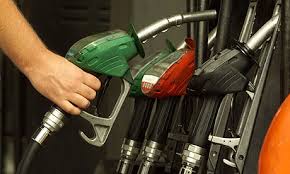 Oklahoma’s new statewide average price for gasoline rose slightly in the past week but remains under $2 a gallon with a price of $1.97, according to AAA Oklahoma and GasPrices.AAA.com.

The new average is 12 cents higher over the past two weeks.

“The boost in pump prices reflects the increase in crude oil prices,” explained Chuck Mai, spokesman for AAA Oklahoma. “And crude oil prices are clearly responding to OPEC’s announced intention to cut production. But there is still a lot of skepticism regarding OPEC’s ability to obey those new lower production quotas.”

Oklahoma’s average is third lowest behind Arkansas at $1.95 and Texas at $1.96 a gallon. Five other states also have averages under $2 including Missouri, Kansas, Mississippi, South Carolina and Alabama.

Nationwide, the average has gone up seven straight days hitting an average $2.18 a gallon.