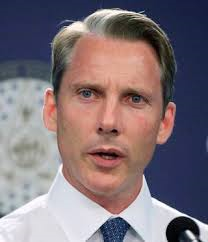 Revenue from Oklahoma’s gross production tax on oil and natural gas were more than 31% higher than estimated by state officials for the first quarter of the new fiscal year 2017, according to Oklahoma Treasurer Ken Miller.

In his Oklahoma Economic Report issued this week, Miller said the allocations from the gross production tax generated $26.9 million during the quarter which was $6.4 million or 31.4 percent higher than the state estimate.

The gross production taxes generated $31.5 million during the month, down by 14 percent from last September and continued a string of 21 consecutive months of year-over-year contraction.

Overall first quarter allocations were 1.4 % or $1.8 million more than the estimate. But the collections were still below the prior year by 9.5 percent or $130.3 million. September collections were $939.6 million, nearly 10 % below the same month of last year. It was a continuation of a 19-month contraction of the state’s economy, according to Miller.

“As has been the story for almost two years, Oklahoma is feeling the effects of a supply-driven downturn in energy prices that has spilled over into the rest of the economy,” said Miller. “We are monitoring discussions within OPEC on reducing oil production volumes. Should an agreement to dial back production come to fruition, it could spur oil prices and turn the current negative cycle.”